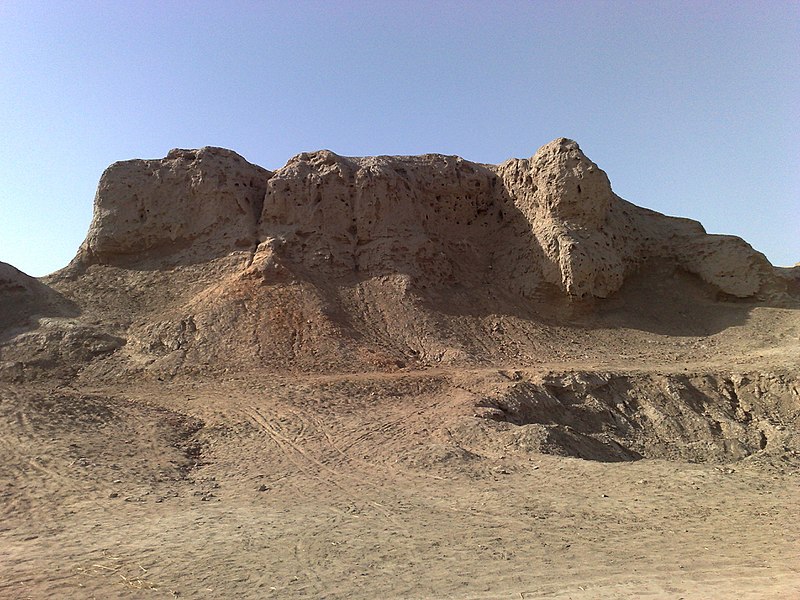 Tulamba is a small Town in Punjab, Pakistan. Tulamba is situated on the eastern edge of the Ravi River, between the cities of Abdul Hakeem and Mian Channu. Prior to 1985, Tulamba belonged to the district of Multan but in 1985 it was included within Mian Channu Tehsil in the newly formed Khanewal District. Tulamba's population is nearly 50,000. The spoken language is Rachnavi Punjabi. A native of Tulamba is referred to as a Tulmabvi. Tulamba is more than 2,500 years old; local legend says that Tulamba existed in the time of Noah. Archaeological digs have uncovered five distinct layers, belonging variously to the Moi tribe, Greek, Sasani, Budh, Hindu and Muslim civilizations. The coins of several prior governments have been excavated here.

The ruins of the older city are 1 kilometre (0.62 mi) from the current city. They are in generally poor condition due to rain and negligence, although the bricks are still visible. When Dr. Sayyed Zahid Ali Wasti visited Tulamba in 1967, he saw the ruins spread over an area of several miles, including a walled fort with a high tower and a three-thousand-year-old protective trench around the fort. He described the walls as beautifully plastered with mud and floors that were not solid. Most of what he described in 1967 is now outdated as the ruins have since been further destroyed and eroded. The trench, however, was renovated in 1988 using trenchers to repair the damaged. The people of Tulamba have encountered many armies due to its geographic position. Armies coming from the north and west had to pass through Tulamba to get to the strategic city of Multan. Alexander the Great came to Tulamba when he invaded the Indian sub-continent. At that time Tulamba was ruled by the Moi people, who fought Alexander's forces. The ancestor of the Mughals, Taimur-e-Lang, also invaded Tulamba, at that time called Tulma. Sher Shah Suri built a fort in the center of the city. The boundary wall and some parts of the original building are still present. The fort is now occupied by the girls higher secondary school and the offices of the town committee.

The Shrine of Khalid Walid is a Sufi shrine located in the village of Nawan Shehr, near the Pakistani city of Kabirwala District khanewal. The shrine is dedicated to the 12th century warrior-saint Khaliq Walid, popularly known instead as Khalid Walid. The shrine dates from the period of the medieval Delhi Sultanate, and may be the earliest Muslim funerary monument in South Asia. The tomb dates from between the last quarter of the 12th century, and the early decades of the 13th century. The shrine bears an inscription stating that the shrine was built by Ali bin Karamakh, who served as Governor of Multan during the reign of Muhammad of Ghor. The tomb was rediscovered and identified as the shrine of Khalid Walid by Dr Ahmad Nabi Khan and Kamil Khan. 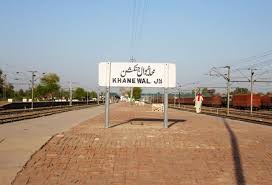 Khanewal Junction is a major railway station of Pakistan Railways and the junction of Khanewal-Wazirabad branch railway line. It is the stop of all Express trains except Shalimar Express and Night Coach Express. The station is properly staffed and has advance reservation offices. The routes are Khanewal from and to Karachi, Lahore, Rawalpindi, Peshawar, Quetta, Multan, Faisalabad, Sargodha, Jhang, Hyderabad, Sibi, Sukkur, Attock, Rahim Yar Khan, Bahawalpur, Gujrat, Gujranwala, Rohri, Jacobabad, Nawabshah and Nowshera.