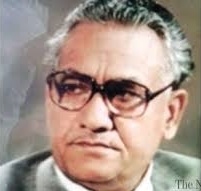 Ghulam Haider Wayen (born 1940) was a well-known politician of Pakistan. He was the Leader of the Opposition (Pakistan) and former chief minister of Pakistan's most populous province Punjab. He held chief minister's position from 1990 to 1993, when President Ghulam Ishaq Khan dissolved the Constituent Assembly and removed his government in 1993 from Punjab along with Nawaz Sharif's governments in Pakistan. He was brutally murdered near Mian Channu while doing the rounds of his election campaign in 1993. 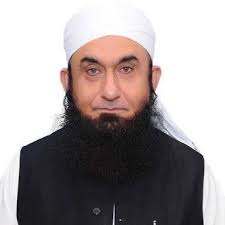 Moulana Tariq Jameel (born in October 1953) is a Pakistani Islamic television preacher, religious writer, scholar. His sermons incorporate a wide range of issues of Islam and social concerns. He especially emphasizes on self-rectification, self-accountability, honesty in social life, avoidance of violence, observance of Allah’s commands, and the following of the teachings and the model of life as suggested by the Prophet Muhammad (Peace Be Upon Him). 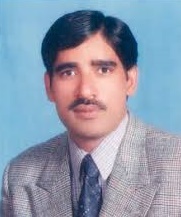 Tasawar Hayat (born in January 1969) is a Pakistani mathematician who has made pioneering research contributions to the area of mathematical fluid mechanics. He is considered one of the leading mathematicians working in Pakistan and currently is a Professor of Mathematics at the Quaid-i-Azam University. Born in Khanewal, Hayat received his early education from there. He is an alumnus of University of Islamabad, better known as Quaid-i-Azam University, where he received BSc in mathematics in 1988. With his bachelor's degree, he secured a silver medal awarded by the university's board of graduation. He completed his M.Phil. in 1994, followed by the MSc in mathematics in 1992 and a PhD in mathematics, under the supervision of Dr. Saleem Asghar in 1999 from the same institution. 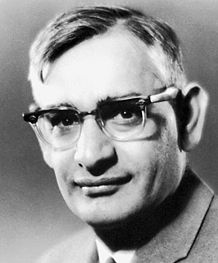 Har Gobind Khorana was born to Krishna Devi Khorana and Ganpat Rai Khorana, in Raipur, a village in Khanewal, Punjab. Indian-American biochemist who won Nobel Prize for his research in RNA. While on the faculty of the University of Wisconsin–Madison, he shared the 1968 Nobel Prize for Physiology or Medicine with Marshall W. Nirenberg and Robert W. Holley for research that showed the order of nucleotides in nucleic acids, which carry the genetic code of the cell and control the cell's synthesis of proteins. Khorana and Nirenberg were also awarded the Louisa Gross Horwitz Prize from Columbia University in the same year.