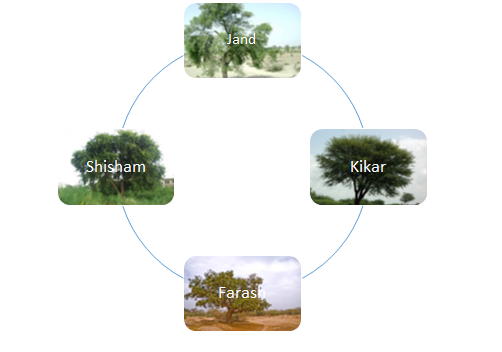 Jand, Karril, and Farash are found all over the district and flourish especially in the dry arid tracts. The others require a moist soil and are found on moist or irrigated soil. Of these, Kikar is the most useful to the agriculturist, as its wood is used for beams for roofs of their houses and carts, water-lifts and ploughs etc. for livelihood. Irrigated plantations have been introduced after the advent of canal irrigation in the district. 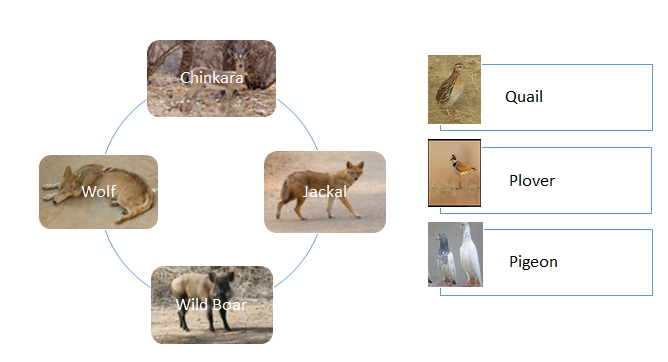 Wild boar is also found particularly in the riverine areas. Sand grouse visit the district during the winter. Quail, plover, and pigeons are fairly common. Fox, hare and jackal are found everywhere.